Long discovery times is most likely caused by a faulty Discovery Manager setup. Before we start to optimize the discovery time, we first need to understand how a discovery is performed.

How the discovery work

Since vScope runs without the use of agents, the discovery starts off by pinging all IP addresses that are defined in Targets. In the next step vScope will return to the IPs that responded and try to gather the information using the assigned credentials to the Target.

Example 1 – For credentials with multiple components in a Target range

If we were to run a Discovery on the credential below, vScope would first ping all the IPs inside the defined IP ranges. Then vScope returns to all machines/devices that responded to ping and try to access it with the WMI credential.

Here’s where things can start to get problematic. Notice that, in this case, only the IP range 190.168.10.0/24 contains servers. All other Targets are excessive, and the pings and WMI connections will be in vain for these.

For example, there is a network range which only contains printers and switches. These will all respond to the pings and the WMI probe will try to access them and fail. This takes up time and bandwidth. The correct way to set up this server inventory would be as in the image below. By only targetting the IP range for our servers, we skip unnecessary pinging and bandwidth. 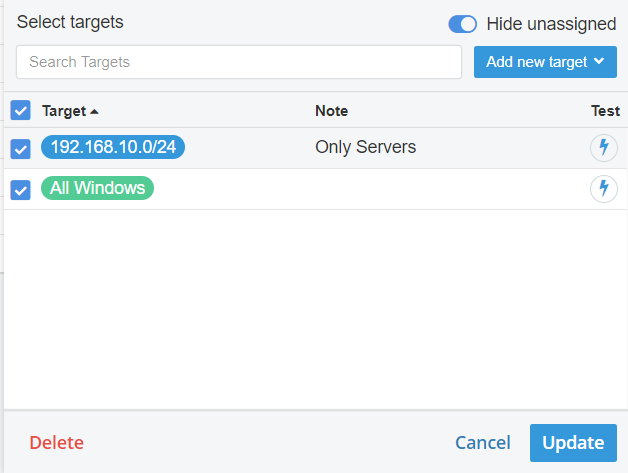 The green Target “All Windows” is a Smart Target. By enabling this vScope only uses known IP addresses found in, for example, the vCenter. Using this, vScope wouldn’t need to ping unused IP addresses, further optimizing the discovery. What generates Smart Targets?

Example 2 – For credentials that only require a single Target

The image below is our credential for LDAP/Active Directory. Notice how some of the IP ranges are the same as the previous example. These Targets will be pinged and have credentials tested against twice if both credentials were to be active during the Discovery.

Even if we have the IP address (192.168.4.1) of the Active Directory specified, vScope will still ping and test the LDAP credential against all other IP addresses that respond to ping. 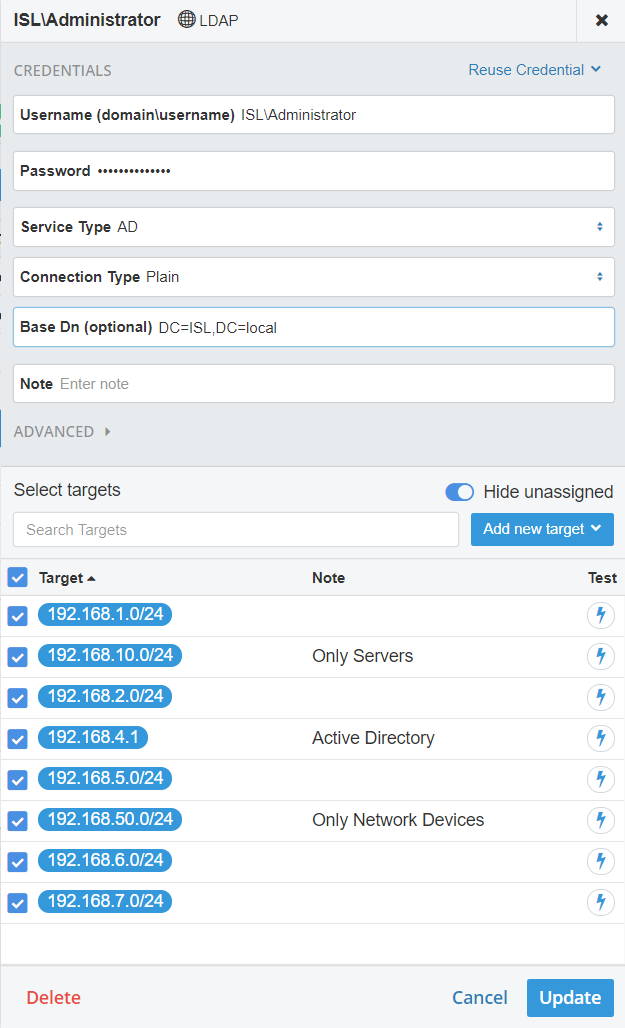 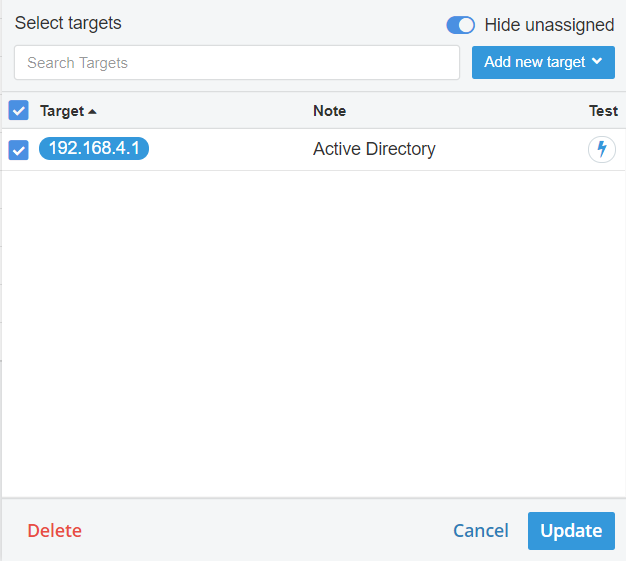 If you have multiple Active Directories or Domain Controllers, these can of course be added as single Targets to the LDAP credential.

Other causes for slow Discovery times

Our Support is always happy to help. Just contact them at support@infrasightlabs.com.